6 Main Things That Qualify as Diverse in Recruiting

6 Main Things That Qualify as Diverse in Recruiting

As a talent acquisition professional, you’ve no doubt been exposed to the concept of diversity in recruiting.

However, while companies are talking about improving diversity and inclusion in their workplaces, many of them are either confused or simply want to pay lip service instead of creating real change in the workplace.

In addition, these same individuals think that a simple lack of overt discrimination is enough to create an inclusive work environment…they’re wrong.

It’s vital that companies are intentional as they set out to create a diverse and inclusive workplace, otherwise, you’ll have a difficult time retaining the diverse talent they are able to hire.

The concept of diversity in the workplace holds that your team should generally mirror the social mix of the community in which you live. Your crew should be made up of a range of individuals with various backgrounds and experiences.

While diversity often refers to observable differences such as gender, age, socioeconomic status, disability, race or religion, other factors might be included.

For example, diversity can also be used to describe things like abilities, experience, character traits, and cognitive differences. Everyone benefits when diversity is valued in an organization. Aside from the obvious, moral benefits, and financial benefits have been well documented too.

Everyone should have the same possibilities for success and progress, yet some groups, like women, people of color, and persons with disabilities, nonetheless frequently experience overt discrimination or unintentional bias.

Should you hire for company culture?

While it may sound desirable, companies should focus on finding candidates who share the same values, rather than try to find people to “fit into the company culture”.

Because when you’re focused on finding more people like those you’ve already got, you’ll end up with the same thing you have now! When you focus instead on hiring for values, you’ll build the company culture that you’re working so hard to create right now.

One way to hire more diverse candidates is to make sure there is diverse talent on your interview and shortlisting panels.

Bias that is unintentional is still real. Even with the best of intentions, a homogeneous shortlisting team or interview panel would find it challenging to successfully recruit diverse candidates. Additionally, when diverse candidates show up for an interview and don’t see somebody who looks like them, they may feel excluded and think your business is not for them.

What diversity consists of

Diversity entails realizing our distinct differences and accepting the fact that we are all unique. These can be based on traits like color, ethnicity, gender, sexual orientation, socioeconomic class, age, physical prowess, and other ideals.

For example, people are also diverse in the way they think or approach problems or ideas (neurodiversity), they can also have either mental or physical disabilities that impact their lives.

In short, some of these differences are visual in that others can see them, while other differences aren’t necessarily apparent at first glance, if at all.

When it comes to establishing and overseeing workplace racial and ethnic diversity policies, both employers and employees have obligations. To make a company’s diversity efforts successful, both parties must collaborate to improve workplace diversity. 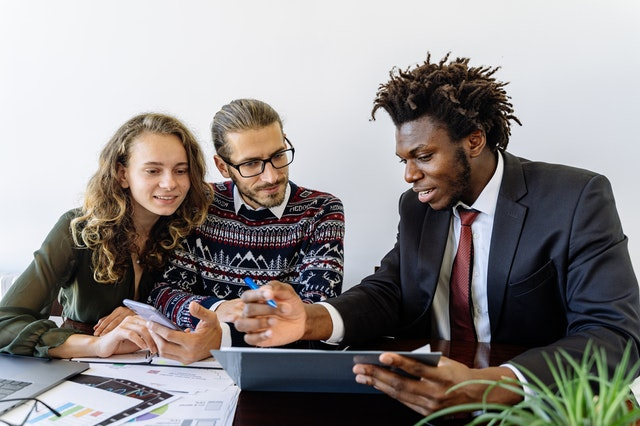 Often, people will use the terms “race” and “ethnicity” as if they were one and the same, however, they are not.

Your ethnicity, in contrast to race (which is mostly determined by physical characteristics), is determined by your traditions, language, nationality, or cultural heritage.

When you consider your ethnicity, you consider attributes that you share with the community and culture around you not just your physical characteristics.

For example, native-born African Americans can share similar physical characteristics to people from countries such as Haiti or Kenya, but their ethnicity isn’t inherently the same.

To help candidates feel included no matter their ethnicity your best bet is to ask them to share as much about themselves as they feel comfortable sharing.

In other words, don’t presume anyone’s race, sexual orientation, ethnicity, etc. When you show individuals that you are honestly interested in them they will feel more engaged and interested in the opportunity you’re presenting.

Not all individuals are heterosexual, and when you add sexual identity to the mix you’ll come across a diverse range of individuals with beliefs and attitudes that may differ from your own.

This is why, if you’re serious about increasing diversity in your workplace, you’ll try to find, engage and connect with individuals who are part of underrepresented groups within these communities.

In the modern world, stereotypes abound, and age-based prejudices, such as ageism, are becoming a bigger issue. Ageism is the practice of discriminating against someone only on the basis of their age. Although ageism is typically associated with discrimination against older people, it can also take many forms that negatively impact younger people.

Ageism can take many different forms and manifest itself in several aspects of daily life. Discriminatory actions based on age can be found in the workplace, the healthcare system, marketing techniques, and even internet buying.

Inclusion in hiring and recruiting is advantageous for both candidates and businesses. According to one study, businesses with superior disability inclusion rates were four times more likely to have higher shareholder returns.

Despite making up a sizeable portion of the population, people with disabilities are more likely to be unemployed. As a result, there is a wealth of untapped ability. Additionally, it has become considerably more difficult for employers to fill unfilled positions during the “Great Resignation.”

This means that less work gets done and more time is spent scouting. You’ll locate suitable candidates more easily if you adopt an inclusive hiring mindset which must include people with disabilities.

The consequences of workplace sexism are extensive. In fact, studies suggest that women who are born in sexist environments may end up earning less money overall than women who are born in less sexist environments. Workplace misogyny can manifest itself in many different ways. In the workplace, sexism can also occur against men, but it is considerably more prevalent against women.

Consider what diversity looks like for your workplace. For example, you could engage with – and hire female candidates, people with disabilities, or those with different sexual orientations.

A team that is made up of individuals with a variety of experiences and backgrounds is more well-rounded. Your organization will benefit from people with different strengths and mental processes, and if your inclusion initiatives are well thought out, with input from everyone, your diversity and inclusion efforts will be successful.

Give people the resources to succeed. The skills, experience, and unique perspectives they bring to the table is more important than positioning them where you believe they belong within the organization. 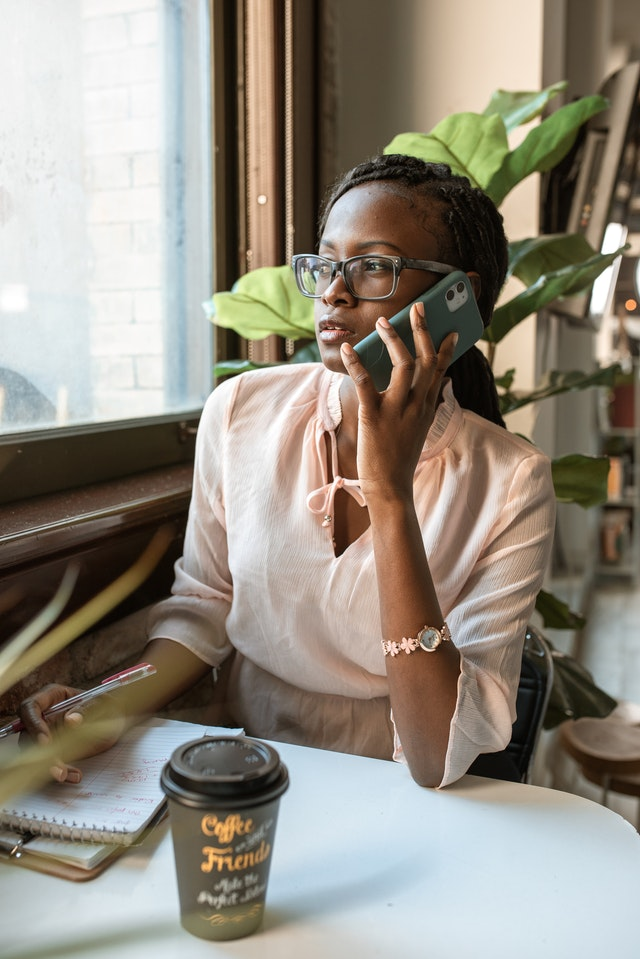 Language is crucial. Are the words you use in your job ads indicative of the varied talent you seek to recruit? Take a look at a recent job description. Is it inclusive? Does it focus on the candidate’s skills over the school they attended?

Have you only included those skills that are the most important factor in terms of the candidate being successful? Or have you filled your ads with a lot of “nice to haves” that could be based on unconscious bias or preferences that have nothing to do with someone being able to do a satisfactory job?

If you pay close attention to your job ads, you might be shocked at the subtle cues you’re giving job prospects that your organization isn’t right for them.

Do the people that appear in your recruitment videos, advertisements, social media platforms, and other external communications represent a diverse group of people? If not, you might be inhibiting applicants who are underrepresented from applying.

If every employee at your company is in their twenties, an older individual is unlikely to apply, even if they would excel at the job. If all they see are white faces, a Black person can feel alienated, etc.

Make sure your media and communications include a varied and representative spectrum of people. Candidates are far more inclined to apply if they believe that your company is representing them and seeing them.

Ask about the need or desire for accommodations during the interview process.

Although it can also be used in other situations, this point usually applies most to applicants with disabilities. If you demonstrate that your business is actively working to be inclusive and accessible, a candidate from an underrepresented group is more likely to submit an application. Asking if they need any modifications to make the interview process accessible is a simple approach to do this.

A sign language interpreter for a candidate who is Deaf, an accessible parking space adjacent to your facility, or ramp access for a wheelchair user are just a few examples.

Pro tip: Instead of asking about access needs on the initial application, ask about them when you invite a candidate to an interview. Asking before you make your shortlist puts the selection process at danger of actual or perceived unconscious bias.

A lot of young individuals and recent college graduates are able to acquire internships because of connections they have made through family or their place of education. They can get a foot in the door at the businesses they wish to work for thanks to these internships. Sadly, because many internships are unpaid or pay very little, they frequently go to those from privileged homes and socioeconomic groups whose families can support them financially.

Offer paid internships to underrepresented young people who have just graduated from high school or are in their final year of college if you want to hire diverse applicants. You can show that you desire other groups to be a member of your organization by actively reaching out to them.

One of the most crucial elements in creating a sustainable culture of diversity and inclusion is steadfast leadership.

Effective recruiting for diversity goes beyond HR policies or the objectives of hiring diverse candidates. It must be a leadership and cultural attitude that values and makes use of diverse candidates’ varied experiences and points of view.

The objective is to extend organizational leadership’s horizons so they are aware of their own unconscious biases and hiring prejudices and instill respect for those who are different from them.

Go where the people you want to find hang out

Choose applicants from a variety of sources and you’re guaranteed to build a truly diverse talent pool. When looking for new candidates, avoid using the same sources repeatedly. A talent pool of similar applicants and a lack of diversity can result from concentrating primarily on the sources that you are most familiar with.

When candidates from underrepresented groups go through your recruitment process and only meet people who aren’t like them, they will presume that the same is true of the entire workplace. If a diverse workplace is very important to these individuals they may decline the offer on the grounds that they won’t feel comfortable working with your organization.

Encourage your diverse employees to recommend people from their network

Finally, diverse employees most likely have networks of people with backgrounds akin to their own. An excellent way to strengthen your diversity recruiting strategy and demonstrate that your business supports individuals with unique perspectives is to establish a diverse candidate referral program.

If you’re seeking to increase workplace diversity by trying to connect with qualified candidates in a particular demographic, give your diverse team members the resources they need to help you promote the business by encouraging them to spread the word about your job postings among their contacts.

Both your current and potential employees will sense that your business values their input and presence, which is great for general team morale and engagement.

FacebookTwitterLinkedInPinterest
Fill out my online form